We just got an awesome aloha from Chuck Furuya—master sommelier, wine writer, restaurateur and friend of Ancient Peaks. 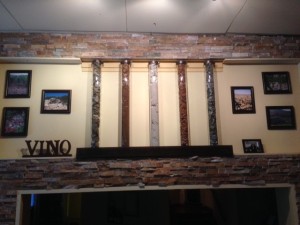 He shared photos from his recently remodeled VINO restaurant in Honolulu, which now includes a “rock wall” of soil samples inspired by a recent visit to our tasting room, which includes a similar display of the five soil types found at our estate Margarita Vineyard.

According to Chuck, there was a wall in the restaurant that needed some “loving.” After seeing our display, Chuck recalls thinking, “What an idea!”

Says Chuck, “I thought of all the restaurants that showcase pictures of the owner or chef standing next to some celebrity, or in front of some iconic restaurant somewhere in the world.  I have also seen other eateries featuring pictures of farmers and fisherman they work with. Well, for us, with a name like VINO, we look to feature the soils from some of our favorite vineyards in the world.”

The result is a magnificent cross-continental display of soils in glass cylinders from five different sites:

We are honored to have our soil included in this display, and to be a part of the magnificent VINO dining experience. 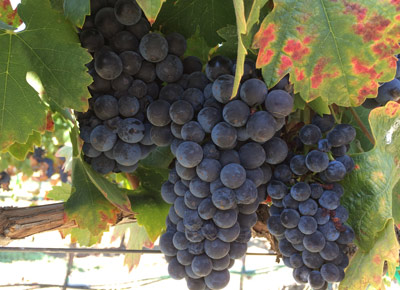 California's (and Paso Robles') heritage grape is getting the royal treatment at Ancient Peaks Winery on November 18, a.k.a. National Zinfandel Day.

For the entire day, our acclaimed 2012 Zinfandel will be available for purchase at the tasting room and online for a full 30 percent off the already enticing regular price of $18.

This is an estate-grown Zinfandel that was declared a “Best Buy” by Wine & Spirits Magazine, so now is the time to stock up on a screaming deal--particularly because it offers a perfect pairing for holiday turkey.

Indeed, the 2012 Zinfandel comes from our estate Margarita Vineyard, the southernmost vineyard in the Paso Robles AVA. Here, cooler conditions foster a Zinfandel style that exhibits full flavors with elegance and restraint.

As such, the 2012 Zinfandel is a perfect match for classic holiday turkey. The wine’s bright berry fruit and spice elements provide versatility with traditional fixings, while the balanced character ensures that the turkey meat will be complemented, not overwhelmed.