A Matter of Degrees 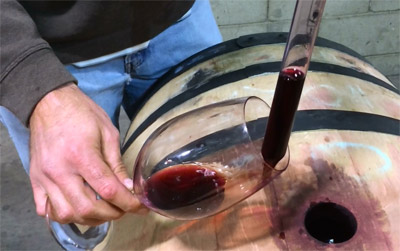 A few percentage points may not sound like a lot, but when it comes to blending wine, even the smallest portions can have a big impact.

Case in point: our new release 2011 Oyster Ridge, an estate reserve blend composed of Cabernet Sauvignon (48%), Merlot (44%), Malbec (4%) and Petite Sirah (4%). While Cabernet and Merlot take center stage in this blend, it’s the small degrees of Malbec and Petite Sirah that make the blend whole.

For example, Petite Sirah is a consistent annual contributor to this blend, and it’s what makes Oyster Ridge unconventional compared to more traditional Bordeaux-style blends. We find that Petite Sirah adds crucial depth and structure to the finish of Oyster Ridge. But the trick is identifying just the right amount each year, and that’s where a few percentage points can make all the difference.

“We might try it at six or eight percent, and then ultimately back it down to four percent,” says Winemaker Stewart Cameron. “In other years, we might bump it up from that. But there’s no question that a little goes a long way in shaping the blend.”

Even a trifling one-percent component can have a big impact on a wine. “Our Petite Sirah tends to be pretty intense,” Stewart says. “If you were to add just one-percent of it to an otherwise soft, easy-drinking red blend, you would notice a pretty significant difference in the wine’s tannin profile. Oyster Ridge is always a big wine to start with, however, so the impact of a percentage or two is more subtle. But it’s still there.”

The same goes for the four-percent contribution of Malbec in the 2011 Oyster Ridge, particularly on the aromatic front. “The small percentages of Malbec that we played with didn’t have a pronounced impact on the mouthfeel like the Petite Sirah,” Stewart says. “You really notice this in the nose. It adds these pretty high-toned aromatics to the blend.”

In other words, in matters of blending, a huge role is often played by the supporting actor.