The "CowParade" Comes to Ancient Peaks 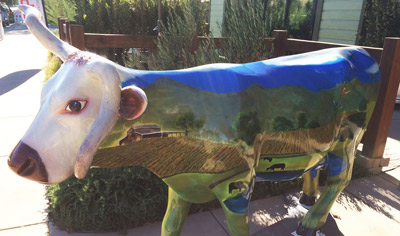 We are proud to share that Ancient Peaks has joined the CowParade “moo-vement” with a striking sculpture of Cinnamon, the legendary cow that roamed our Santa Margarita Ranch for 32 years.

More than 75 cities and 200 million people worldwide have participated in the CowParade, which is recognized as one of the most successful art endeavors ever. Now it is San Luis Obispo County’s turn, and we are thrilled to be a part of it.

CowParade SLO County gives local artists a chance to showcase their talents on a global stage. Our sculpture was created by Lon Etzel, who portrayed Cinnamon’s distinctive opposing horns while using the torso as a canvas to depict signature Santa Margarita Ranch experiences, including winegrowing and ziplining. There is also a nod to the ranch’s historic role as part of California’s famed mission trail.

The CowParade exhibit will be on display through April. Visit CowParadeSLO.com for a map of the more than 100 sculptures that can be enjoyed across the county. 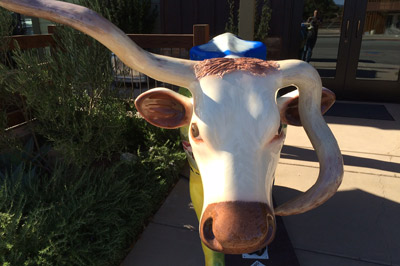