The Skinny on Sauv Blanc 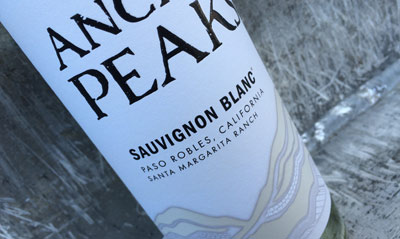 Generally speaking, Paso Robles Sauvignon Blanc typically exhibits more of a warm climate character, but there are exceptions. Which brings us to our new release 2014 Sauvignon Blanc…

As with previous vintages, the 2014 Sauvignon Blanc reflects ample qualities that you might associate with cool climate Sauvignon Blanc, including notes of gooseberry, lime and mineral.

This is a direct reflection of the vineyard’s pronounced marine influence, as the Pacific Ocean is just 14 miles away. In fact, the vineyard occupies one of the coolest growing areas to be found in the entire Paso Robles region.

At the same time, this wine isn’t quite as racy as its New Zealand brethren. There are sunnier aspects of pineapple and melon that speak to the dry and early Paso Robles growing season of 2014.

We invite you to come sample the 2014 Sauvignon Blanc at our tasting room. It also happens to be our first release featuring the brand new look for Ancient Peaks wines!